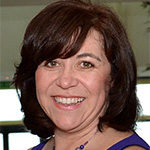 Donna Paton has been a dental hygienist for the past 25 years. She graduated in Scotland from Dundee Dental Hospital in 1990. She worked full time after graduating In Edinburgh until 1997. After a few living in Switzerland for 3 years she moved to Ireland in 2000. Donna joined the association in 2002.
In 2013 she volunteered to join the committee and soon after was given the role as Journal editor. After 3 years and 6 journals later Donna has now taken the role of Secretary and president–elect. In November 2016 she was appointed president. 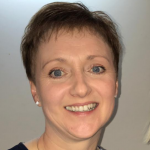 Isobel graduated as a Dental Hygienist from Glasgow Dental hospital in 1987, moved to London after qualifying and worked in the  dental department in Mayday hospital, general practice and in an orthodontic practice.
Isobel is presently working full time in general dental practice in Clonmel, Thurles and Waterford City. She joined the committee in 2016 and served three years as Secretary. Isobel is a firm believer in cpd and keeping her skills and knowledge up to date and recently recieved a distinction in dental radiography from Cork University Dental School and Hospital. She has now taken up her new role as Continuous Education Officer and Conference Contact 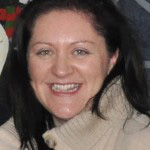 Jeannine has worked in a variety of dental environments, specialist clinics, hospital, private and NHS practices including domiciliary settings.
Jeannine joined committee in 2011 as Membership Officer, has covered Secretary post and is currently Treasurer. 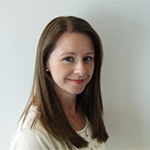 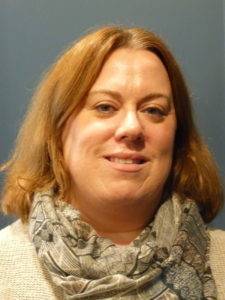 Sandra returns to the IDHA committee as trade liaison officer having previously served as secretary.
For those of you who have yet to meet her, Sandra graduated in 1996 from DDUH and left to travel the well beaten track to the UK. She worked there for over 6 years in private, corporate and NHS practices.
She currently works in a very busy ortho unit of the HSE.
Sandra is excited about this role and hopes to build on the wonderful work Yvonne Power has done.
She will endeavor to continue to grow our trade relationships. 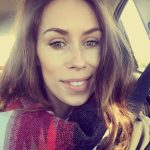 Alma started her career as a dental nurse in 2008 where she worked in both general and specialist practice. In 2013 Alma received a diploma in dental nursing along with her certificate in dental radiography. She then qualified as dental hygienist in 2015 from University College Cork where she now works in a private practice in Tramore.
Alma is passionate about professional and personal development and with her new role she is looking forward to making the website a better platform for our members. 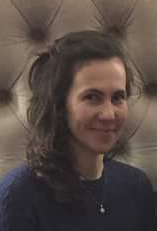 Sviatlana started her career as a dental nurse in 2012. In 2013, she obtained The Specialist Certificate in Oral Health from NUIG. She graduated as a dental nurse the following year and continued her study in DDUH in Dental Hygiene. Since graduating, she has worked in the specialist and general practice in Co. Kildare. Sviatlana is continuing her education and is currently doing MSc in Science by research in DUUH. She is looking forward to working with the committee and her new role! 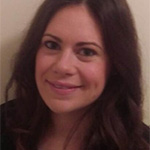 Yvonne Howell DipDH DipDT GCAP has worked in the dental health care profession for over 13 Years. She graduated in 2004 from Trinity College Dublin in Dental Nursing with Sedation and continued her studies at King’s College London graduating in 2007 with a dual qualification in Dental Hygiene and Dental Therapy.
She has a broad experience in a variety of dental settings – hospital, private and NHS practices across London. Additionally she tutored Dental Hygiene and Dental Therapy students at King’s College University Hospital for 6 years and completed her teacher training at King’s College London in 2013.
Yvonne is course director and tutor for the Dental Hygiene programme at the University of Dublin, Trinity College.
She is currently a committee member with the Irish Dental Hygiene Association and has just been appointed as the Dental Hygiene representative on the auxiliary dental workers committee in the Dental Council from 2015 – 2020. 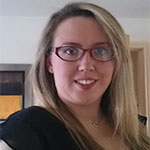 With a background in cell and molecular biology, Linda graduated from Trinity College Dublin as a dental hygienist in 2012. She has worked in general and specialist practices around Dublin. Currently she is working in two general practices in south Dublin.

Having a very keen interest in CPD Linda joined the IDHA Committee in 2015 and worked as the continous education officer and confernece contact. Linda now holds the positions of Secretary and was recently voted President Elect. Linda has amazing drive to work on issues facing dental hygienists in Ireland. 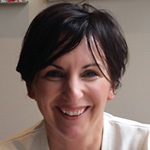 Barbara has over 25 years experience as a Dental Hygienist having trained in Edinburgh Dental School. From there she worked in private practice in the UK and Ireland moving into the HSE in 1995 where she remains today. She is also an ITOP international instructor as part of the Curaden dental educational programme and has worked in the UK, Sweden and Czech Republic as well as at home in Ireland. She was a past president of the IDHA, continuing education officer, and has been IDHA treasurer not only once but twice! Currently she is the representative for the IDHA with the IFDH and the EDHF alongside Eimear. 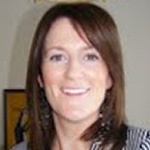 Eimear Mithen qualified with the Gold Medal Award from DDUH in 2006. Eimear has worked in a number of specialist and general practices but now works in a single general practice. Eimear has been on the IDHA Committee for almost 12 years and taken on various roles in that time. Currently Eimear is one of the IDHA representatives to the International and European Federations of dental hygiene. In 2015 Eimear was voted as Secretary of the European Dental Hygienists Association. 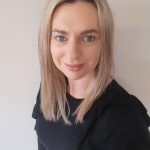 Dee rejoins the IDHA committee as Employment Officer after a ten year break having held the position of secretary before. She qualified in Dental Hygiene from UCC in 2001, having previously completed the Certificate in Dental Nursing at WIT. Following this she gained her Specialist Certificate in Oral Health Promotion from NUIG and worked with various companies through media and in store promoting dental hygiene and oral health. She has received further training from both the Cardiff and Dublin Dental hospitals in extended duties for dental hygienists and gained a Certificate in Adult Tutoring also from WIT.
Currently she works full time in private general practices in Wexford and gives dental talks to local montessori & primary school children.
Dee is looking forward to the work ahead to help grow and build the IDHA.